Call Us Now On

< Back to all News

One of Kents best-known security companies is expanding by merging with another well-respected local business.

Ashford-based Red Alert, which has been providing intruder, fire alarms, CCTV and entry systems across the south east for more than 20 years, has joined forces with Kent and Sussex Security (KSS).

All the staff are being retained in what Red Alert managing director Clive Gawler described as a great step forward for both companies and the customers they serve.

KSS directors Geoff Hilton and John Jameson will join Red Alert and will focus on integrating their customer base into the new operation as well as helping to find new business opportunities.

KSS was established in 1996, three years after Red Alert, and the two companies have worked together on projects in the past. The new team will be based at Red Alert's purpose-built offices at Orbital Park, Ashford.

Initially part of a national CCTV franchise, but later independent, KSS will add a wealth of security industry and specialist CCTV knowledge to the expanding Red Alert operation.

Red Alert is already the leading independent security specialist in the south east and we are looking forward to growing further, said Clive. The merger will also allow KSS customers to benefit from Red Alert's larger, 15-strong, technical team.

Red Alert is BAFE approved for fire alarm design, installation and maintenance - another benefit for KSS customers and is NACOSS accredited for intruder alarms, CCTV and access control.

We have pledged to keep on all the KSS staff as we pursue our plans to make Red Alert the preferred security supplier to both the domestic and commercial market in London and the south east, Clive explained.

Red Alert's sister company Red Alert Telecare is continuing to grow significantly in the health care sector, where it has developed a reputation for installing and maintaining high-tech Telecare & Telehealth equipment for old and vulnerable people living independently at home. The company will be launching its own red button lifeline service shortly. 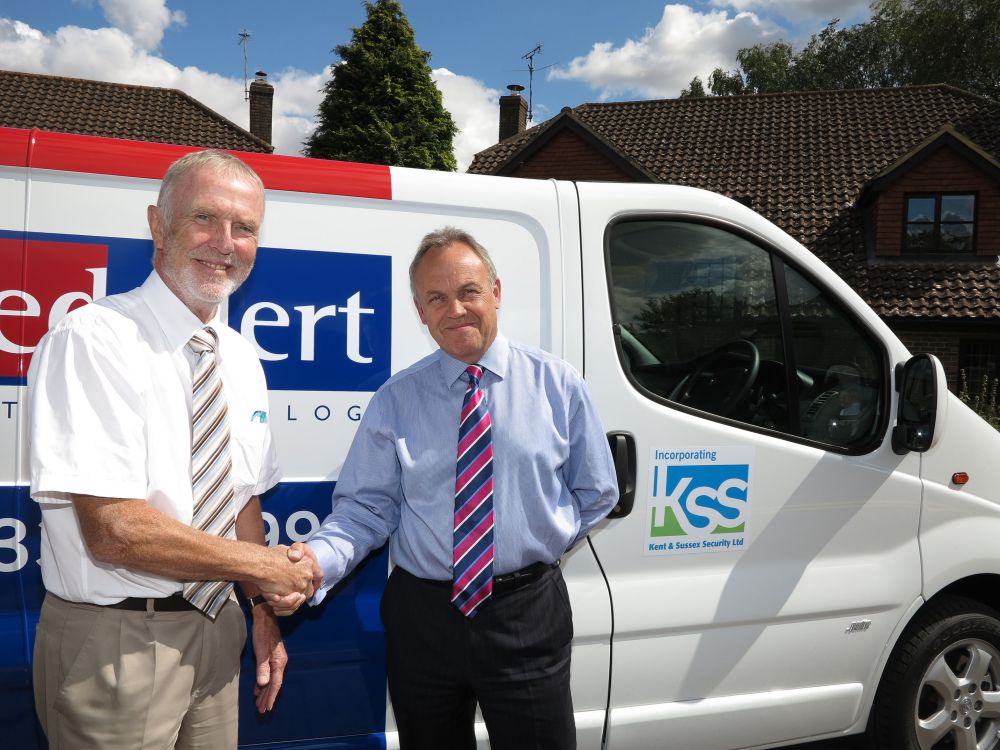